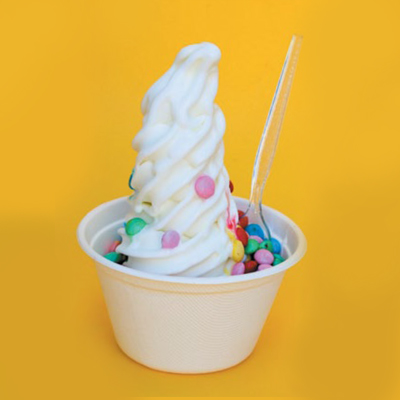 You can never be too young or too old to enjoy a delicious scoop of ice cream. Especially on hot days, the feeling of the cool frozen treat sliding down your throat can be heavenly!

Most people would be familiar with good old regular ice cream. this is sometimes called ‘hard ice cream’ and is made out of milk fat, sweeteners, cream, sugar, eggs, and flavourings. the mixture is churned at a low temperature until frozen solid and then packed and kept cold for serving.

However, you may have noticed other types of frozen desserts that look similar to ice cream but are called different names. Here is a guide to help you tell them apart.

Gelato simply means ‘ice cream’ in Italian. Nowadays however, the term is used to describe ice cream made the Italian way. there are differences in both the ingredients and process. Gelato is made with more milk than cream, making it lower in fat. It also does not contain eggs. Gelato is churned in a way that allows less air to be mixed in, making it denser than regular ice cream.

Soft serve is made from the same ingredients as hard ice cream. However, the process of making soft serve is quite different. Soft serve ice cream cannot be prepacked. Instead, the mixture is kept in liquid form in a special machine at a very low but not freezing temperature. this keeps the dessert smooth, creamy and soft. the mixture is frozen just as it is served out of the machine and must be eaten quickly before it melts.

Frozen custard is an American ice cream that is similar to gelato. Less air also gets mixed into this dessert, giving it a dense texture as well. However, while the gelato normally does not contain eggs, frozen custard has a high content of egg yolk. this gives the custard its rich taste but beware, it has a very high fat content as well!

Frozen yoghurt or froyo, is actually not a type of ice cream at all. this is because it does not contain cream. Instead, the milk and cream in froyos are replaced by low-fat or non-fat yoghurt. Some types of froyo also contain live bacteria cultures. Because of this, it is often seen as a ‘healthier’ type of frozen treat. In terms of taste, it is usually less sweet and more tart than regular ice cream. Depending on the process used, it can be pre-packed or soft served.