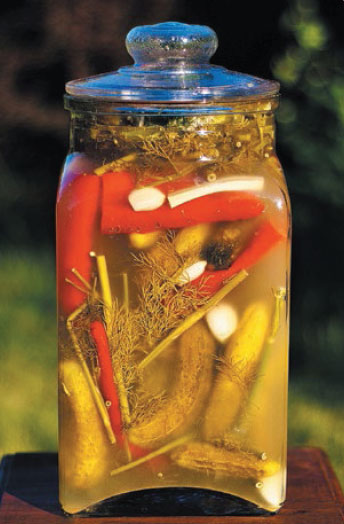 Thousands of years back, refrigerators, freezers and modern preservation methods did not exist. Yet people were able to preserve food even back then!

The Babylonians, during 5000 BCE, used the fruit of the date palm to make wine and vinegar to preserve food and as a pickling agent. Thanks to vinegar, food could be brought on long journeys without spoiling. The farmers and travellers of ancient times mixed vinegar to water to quench thirst.

Not only was vinegar used to preserve food. Hippocrates (known as the ‘Father of Medicine’) prescribed the Oxycrat which was a combination of water, vinegar and honey to treat wounds, sores and respiratory diseases.

A well known incident which involved the use of vinegar in winning a war was in 218 BC. Hannibal, a Carthaginian general, poured vinegar over hot rocks to crumble them in order to pass through a blocked valley to invade Italy.

Vinegar was a compulsory ingredient which soldiers carried throughout history. It was used as a strengthening and energising drink. It was also used to kill germs as back then antiseptics and antibiotics were not yet invented.

The most expensive vinegar drink around 40 BCE was drunk by Cleopatra. She made a bet with Mark Anthony stating that she could consume a fortune in a single meal. She dissolved her costly pearls in vinegar and drank it all!

There is a legend that during the 14th century’s Black Death, there were four thieves who were able to rob plague victims but were never infected at all. When they were caught and forced to reveal their secret, they claimed that they consumed a potion which was made of garlic soaked in vinegar. The Four Thieves Vinegar concoction was a result of this legend and it became famous and was sold widely.

quench – to drink liquid so that you stop being thirsty
respiratory – organs that relate to breathing
compulsory – something that must be done
concoction – a mixture of several different things
Click here to download the Activity Sheet
152
Share: