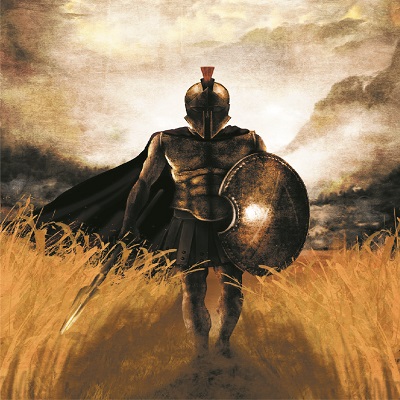 The Persian Empire was one of the largest empires of the 5th century. The kingdom’s big empire stretched from Egypt to India.

The empire was very rich but most people will only remember the Persian Wars. It was a few wars which were fought between the Greek countries and Persia for half a century.

The Ionians were Greeks who lived along the sea of Turkey. They were taken over by the Persians. The Ionians decided to fight the Persians and take back what was rightfully theirs. They asked for help from other Greek cities such as Athens and Eretria. However, the uprising was shut down by the Persians before they could start anything.

King Darius of Persia decided that he needed to take over all the Greek cities in order to stop another group from attacking them. By taking over all the other Greek cities, he could also make the Persian empire bigger.

In 490 BCE, he started the first battle with Greece. This was called the Battle of Marathon. King Darius had a very big army of soldiers but he underestimated the fighting power of the Greeks.

The Persian army arrived at the Bay of Marathon which was about 40 kilometres from Athens. The battle area was mainly wet lands and mountainous region. The Persian cavalry could not join the infantry. The Greeks got around the Persians and made them panic and run for their lives. It was a surprise to the Persian army for they never thought he would lose to a much smaller army. The Persian army lost 6400 men! King Darius died soon after the battle.

Ten years later, King Xerxes the Great (son of King Darius) started the second battle with Greece. This was called the Battle of Thermopylae. This battle was the most famous of all the battles between the Persians and the Greeks. The movie “300” is a retelling of this battle.

empire (n) – a group of countries ruled by aking
uprising (n)– an act of rebellion
underestimated (v)– to wrongly calculate the size or ability, thinking it is smaller than it really is
cavalry (n) – soldier on horseback
infantry (n)– soldier fighting on foot
retelling (v) – to say, state, or perform again
Click here to download the Activity Sheet
51
Share: