The Ocean, Moons and Alien Life 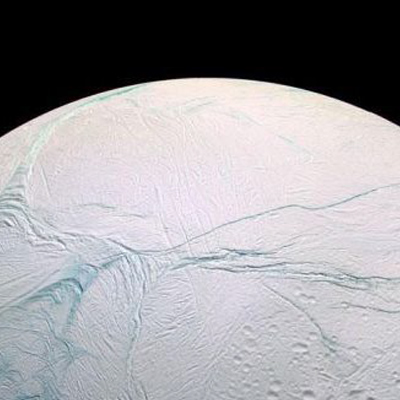 When we watch movies with aliens in them, they always come from faraway places. They could be from the next galaxy or even the next solar system. However, real aliens might actually be closer than you think. Do not worry though: they are not invading Earth.

Where could these aliens be? They can’t be in one of the planets in our solar system, right? After all, the planets around our sun are either composed of gas or dry rock. Living things need water to live. Mars has water on it but it is mostly ice and water vapour.

Well, it turns out there is liquid, not frozen, water on Europa (one of Jupiter’s moons) and Enceladus (one of Saturn’s moons). Not only that, there are whole oceans covering the moons. In fact, Europa may even contain three times more water than all of Earth’s oceans combined. This is because the two moons are warmed by tidal heating, a process where the forces of gravity warms the insides of a planet or moon through friction. Thus, the water on these moons remains in liquid form instead of frozen.

However, the moons are covered by a thick layer of ice and this ice can be up to 32km thick. That is almost 7 times as deep as an average ocean here on Earth! The ice can shield any living thing in the oceans underneath from dying due to radiation or giant rocks falling from space. It stops sunlight from reaching the oceans too, and this is very important. As we know, most living things depend on sunlight. Plants need sunlight to survive and animals need sunlight so they have plants to eat. Without plant-eating animals, there wouldn’t be meat-eating animals. Moreover, without sunlight, these oceans can get extremely chilly. So is it still possible for Enceladus and Europa’s oceans to have living creatures in it?

galaxy – a system of millions or billions of stars held together by gravity.
friction – the force that makes it difficult for one object to slide along the surface of another.
radiation – energy that travels through space, some of which can harm living things.
Click here to download the Activity Sheet
9
Share: