The Cat and Rat of the Chinese Zodiac 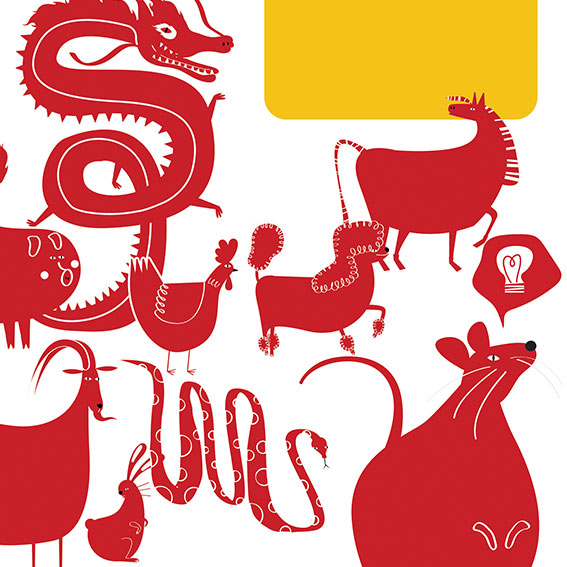 A long, long time ago, there was a big race. The Jade Emperor, the ruler of all the gods, decided that he wanted to name the Chinese calendar in the order of the animals that would first arrive at the finish line. The rule was that there would only be 12 winners. This race would be known as The Great Race.

The rat and the cat heard about this and wanted to join. They were the best of friends and thought of a plan to win The Great Race!

But the rat had a secret plan.

On the day of The Great Race, all the animals woke up bright and early. They warmed-up before the race began. They wanted to make sure nothing could stop them from getting in the first twelve places.

From the very beginning, the rat and the cat had both agreed to hop onto the back of the ox. They had suggested this idea to the ox who, as kind as could be, agreed to their idea. So, when the cat, the rat and the ox got to the river, the two smaller animals jumped on the ox’s back. They rode on it across the river.

Thinking that all was going according to plan, the cat smiled to the rat but to the cat’s horror, the rat suddenly pushed the cat into the river.

The ox did not know that the rat had pushed the cat off so it kept on swimming across the river. The cat shouted for help as all the other animals swam past the cat to get out of the river. As the ox was approaching the bank of the river, the rat jumped off the ox’s back. It ran to the finish line, winning itself the first-place position