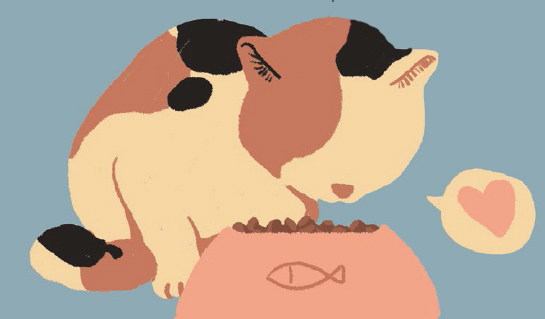 “I should have known” he thought, as he tried to look back into his home.

There wasn’t much he could do except look at someone else taking his place in his family. There is nothing more in his heart now but regret. Why did he leave his home? Now he had no one to blame but himself. As he stared intently from the side of the window, he saw mum and dad playing with his replacement, an orange calico kitty. He was filled with anger when he saw the new kitty eat HIS food from HIS bowl. The nerve! His first instinct was to pick a fight with the newcomer and teach him a lesson but he had to step back as he knew that it wasn’t an option for him. Not anymore; ever since he made one of the biggest mistakes in his life.

You see, when he was just a mere kitten, he was taken in by a loving couple who had just gotten married. We’ll just call them mum and dad because they took him in and treated him like their own son. Back then, his own mum had just been taken into the animal shelter after her previous owner died. She gave birth in the shelter and his parents were looking for someone they could love and they found him – the runt of the litter. In a flash, the papers were signed, the fees were paid and they took this kitten home with them. He quickly adjusted to his new home, as well as to his new parents who showered him with lots of love and most importantly, fresh salmon, his favourite meal of all time.

It was a home that gave him everything a little kitten ever wanted. He would play with the many kitty toys that his parents gave him, and nuzzled and played with his parents when they were around. At night, he would sleep in between his mum and dad, snuggled between their warm bodies. He occasionally pawed dad in the face when he snored. A few years of such a life passed and before you knew it, he was getting closer to being a big kitty.

When he was a teenage kitty, he had a beautiful brown tortoiseshell coat and a pair of big yellow eyes. He was a handsome kitty. That was how his parents’ friends would compliment him while he ignored them or hid. He hated company. He hated being touched. Only mum and dad could have that privilege and no one else!

This idyllic way of life was soon to be nothing more than a dream. You see, he made a mistake. One that would bring him to a tough life of self-survival on the streets. He left his home for a pretty lady.

runt – an animal that is small or stunted as compared with others of its kind
nuzzle – to lie very close to someone or something;
cuddle or snuggle up
paw – to strike or scrape with the paws
snuggle – to lie or press closely, for comfort or from affection; nestle; cuddle
idyllic – heavenly, perfect, fairytale-like
Click here to download the Activity Sheet
169
Share: