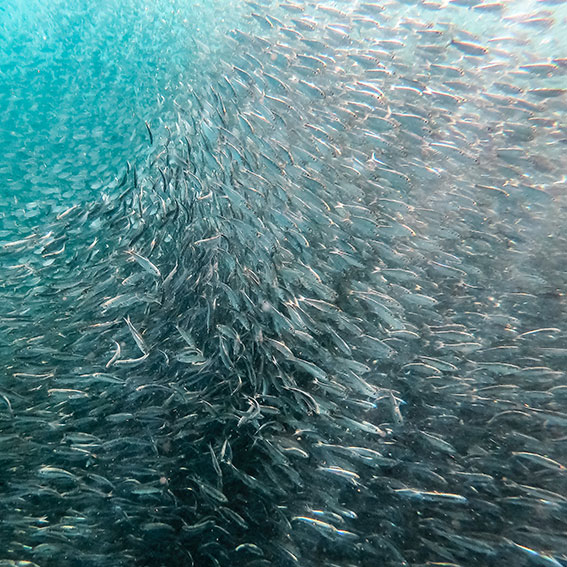 Did you know that large flocks of birds fly together in a ‘V’ shaped formation to reduce the resistance in the air so that it is easier for the weaker birds to fly? This is an example of swarm intelligence.

Swarm intelligence is the collective behaviour of a group. There is no leader telling the birds what to do, yet all the birds fly perfectly organised in a specific pattern. They do this by detecting motions of other members of the flock.

Swarm intelligence is nature’s way of using the different abilities of individuals in a group to produce results that are better for everybody’s good. Swarming amplifies the intelligence of the species and produces results that cannot be produced by any single individual. As a swarm, the species can solve problems and make better decisions.

Many animals work together to achieve a common goal and use swarm intelligence to survive. Tiny ants can build nests that are as big as a cupboard, and they achieve this complex task without a leader or committee telling them what to do. Instead, each ant is self-organised and reacts to what happens around it in the form of chemical scents. These scents can be from food, other ants or intruders.

Ants leave a chemical trail behind, providing stimulus for other ants. This innate feedback-loop is what allows them to work together. One single ant is not that clever on its own and does not actually know what it is doing but as a colony they form a collective intelligence which enables them to do rather remarkable things.

Swarm behaviour is common among humans too. In large crowds of people or in chaotic traffic, one can observe that individual patterns of behaviour which are not planned (and done without thinking) somehow have a certain harmony and organisation although there is no centralised system.

Humans also have a tendency to flock together and follow each other. Marketing experts have recognised this pattern and used it to get people to buy more. They do this by playing on the herd instinct of humans. Basically, the idea is to make people buy products by making it look popular. For example, people have a tendency to follow fashion trends and wear what they think everyone else is wearing.

In the past several years, there has been a lot of discussion on whether swarm intelligence can be used to produce superhuman intelligence. Can humans form real-time swarms like animals to help us make better decisions and solve problems? Well, we don’t seem to have the natural ability to do so. However, the hope is that new technologies may be able to make up for it.

amplifies – makes bigger or greater, magnifies
scent – smell
stimulus – something that makes you act
tendency – a natural want or feeling to do something