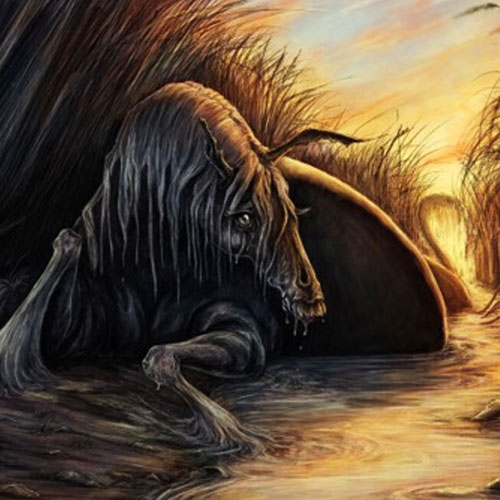 When people mention mythical creatures from Ireland, most of them think of leprechauns. These little men carrying pots of gold are, however, not the only legends to come from there. The Emerald Isle is filled with rich mythologies with heroes and monsters. And it all comes from the stories of the Celts.

The Celts were a group of tribes that lived in Central Europe from the seventh or eighth century onwards. They settled in most parts of the continent, including Great Britain and Ireland, where their culture is still very prominent today.

These people eventually died out but left behind a wealth of stories. Many had very creative monsters. Here are six of the creepiest.

This is one of the most famous creatures from Irish mythology. She is a female spirit who appears when a member of an Irish family is about to die. She wails her heart out as a warning to them.

Most stories say she is an old woman with long hair and wears a grey cloak and a green dress. Others say she takes the form of a sweet young girl of the family who has died young, and is now tasked to announce a death in the family.

The cry of the banshee is said to sound very mournful and marks certain death. According to the stories, every family has its own banshee. Historians say that the legend came from the 8th century, where there was a tradition for women to sing a sorrowful song to lament a death. They took alcohol as payment, and so were considered sinners. When they died, they would become banshees.

The Dullahan is a headless man on a horse. He carries his own head in his arm. It is believed to be the embodiment of a Celtic god. This monster is usually said to be male but some stories have female ones.

The Dullahan is said to have eyes that constantly move about and can see through the darkest night. The flesh of its head has the colour and consistency of mouldy cheese. Most frightening of all is, he cracks a whip made from a human spine.

When this creature appears, it draws a wagon adorned with funeral objects. It finds its way by candles in skulls. The spokes on its wagon wheels are made of thigh bones, and the wagon covering is made of human skin.

The ancient Irish believed that wherever the Dullahan stopped riding, someone would die. The monster would call a name, draw his or her soul away and cause the person to immediately die.

mournful (adj) – expressing sadness, regret or grief.
lament (v) – to express passionate grief about.
embodiment (n) – a visible or tangible form of an idea, quality or feeling.
adorned (adj) – made more beautiful or attractive with.