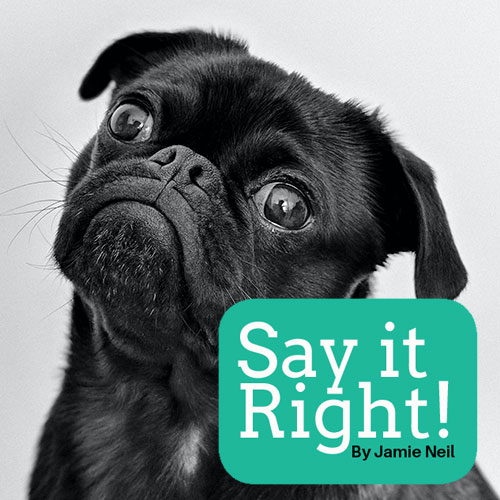 A saying is a sentence or something we say to help others understand us better. We often use sayings in our conversations when we talk to people. A saying can make what we are trying to say stronger.

For example, “a bird in the hand is worth two in the bush” means we should be happy with what we have and not dream of what we don’t have. “All’s well that ends well” means it does not matter how you do something if the result is okay.

However, many people get some sayings wrong. Here are seven that are usually said incorrectly.

This saying is used to show that you have no interest in something. If you do not like football, you could say, “I couldn’t care less who wins the English Premier League!”

“Scot” is a type of tax that was collected by the church or the king in the old days. If you did not have to pay the tax, you were said to be “scotfree”. You can use this saying this way, “The murderer was found not guilty. He got off scot-free!”

On the other hand, scotch is a whiskey (an alcoholic drink) and there is no such saying – maybe someone could use “scotch free” to mean that they don’t have to pay for their whiskey.

Some people use “doggy dog world” to mean that he has been working hard like a dog and is tired. There is no such saying except when it is used by people who don’t know the correct one.

yourself because others will try to take away what you have.

In an office, someone might say bad things about you so that he can get a promotion instead of you. When you complain, “Why are some people so awful?” The advice people will give you is, “Everyone is looking after their own profit. They are not angels. This is a dog eat dog world!”