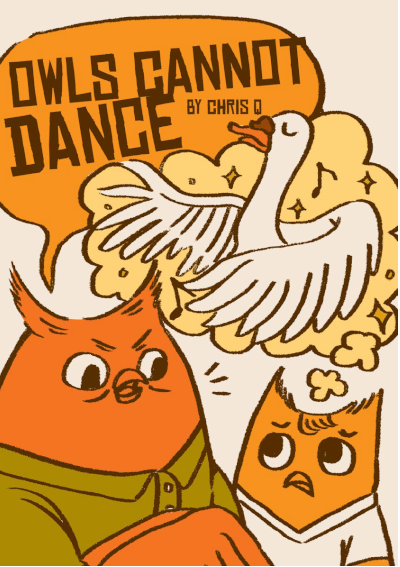 Owls cannot dance. That was what Oscar the Owl was told by his father who was considered one of the wisest owls in the forest.

“Why is that?” asked Oscar. He had wanted to be a dancer ever since he caught a glimpse of a flock of dancing swans practising on the lake.

“Because we are owls. We spend the late nights learning new things; useful things like increasing our knowledge,” his father said sternly through his thick spectacles.

“Besides, imagine an owl dancing beside those swans. Wouldn’t it look very funny?” his father added.

Oscar thought about it and decided his father was right. It made Oscar a little sad.

“Why are you looking so glum,

when they met during class.

“Well, it’s because I want to be a dancing bird but my father told me that owls cannot dance,” Oscar

“Well, I disagree,” Pipi said. She held Oscar’s hand and led him down the hallway to a room which read Dance Club.

“Oh no, I couldn’t,” Oscar said, shaking his feathered head.

“Hi, there,” a voice said behind them. The two birds turned around to see a grey coloured duckling.

“I’m Cygnet,” she introduced herself and gave a bow.

“Would you like to come in and have a look at our club?” she asked.