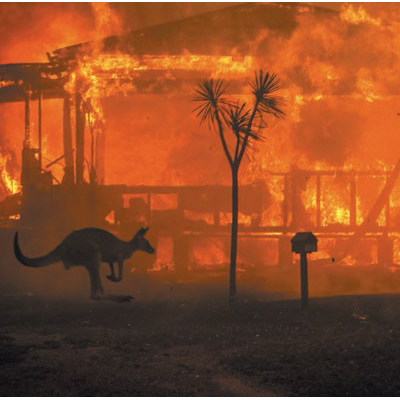 Tornadoes
A tornado is a fiercely rotating, funnel-shaped cloud which stretches from the sky to the ground. The speed of a tornado is generally less than 180 km/h but the most extreme tornadoes have a wind speed of more than 480 km/h.

That is the speed of a jet plane. Tornadoes are formed by thunderstorms or instability in the atmosphere. Some tornadoes are so strong that they can uproot trees and suck up houses and cows!

Hurricanes
Hurricanes are large rotating storms that form over warm waters in tropical areas. It is also known as a ‘tropical cyclone’. The centre of the hurricane is known as “the eye” which is also the most peaceful part of the hurricane.

However, the “eye wall” which separates “the eye” from the rest is the most dangerous part of the hurricane. The phrase “the eye of the storm” stems from this event and is used to express a scenario where one is very involved in an especially difficult situation