Into The Vampire’s Lair 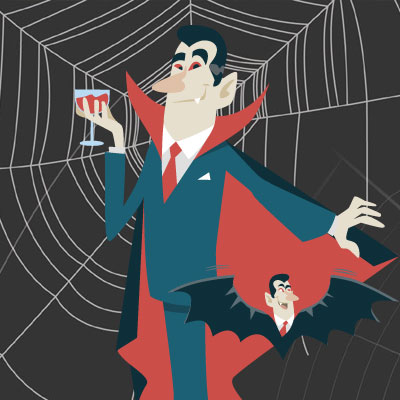 Vampire! The very mention of this bloodsucking creature strikes fear into the heart of many. There are countless stories about them, both classic and modern.

What exactly is a vampire? Does this creature exist, and if it doesn’t, who thought it up? And why are there still movies about vampires being made to this day?

To find out, let’s embark into the heart of the vampire’s lair. Grab some garlic and a crucifix, and be brave. But be warned, you may want to be reading this alone at home on a dark, stormy night!

WHAT IS A VAMPIRE?

In essence, the vampire is a monster. It is a person who has come back from the dead to drink the blood of the living. There are many versions of how one looks like: some stories say they look like humans, only pale with red eyes and sharp fangs. Other stories say they look more like inhuman monsters. Modern stories even say they are very good-looking.

Many stvories about vampires originated from Eastern European folklore of the 17th and 18th centuries. Indeed, in the 18th century, there were so many sightings of them in Southeast Europe that government officials had to dig up graves and stake corpses believed to be vampires.

However, they seem to exist all over the world. For example, the Ashanti people of Africa tell the story of the ‘asanbosam’- a creature with iron teeth who lives in trees. In Albania they are afraid of the ‘shtriga’ witch who sucks the blood of sleeping babies. In Malaysia, there is the ‘penanggalan’ which looks like a flying human head