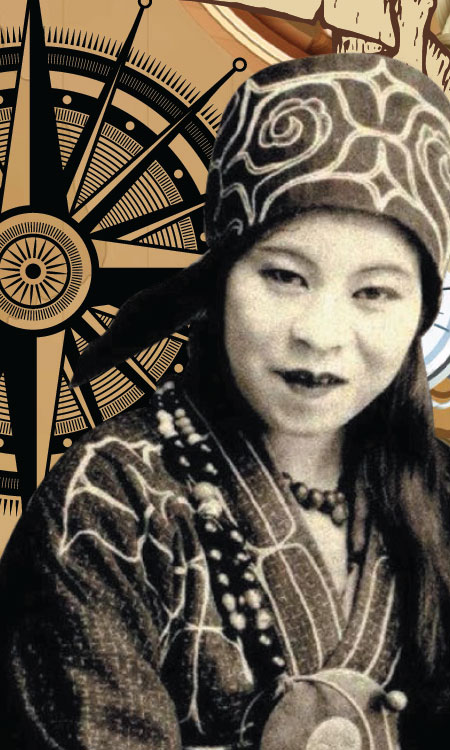 Piracy was at its peak between 1620 and 1720. It was known as the Golden Age of Piracy. Pirates were the kings of the seas and many ships trembled with fear when they saw the Jolly Roger (skull and crossbones) flag on ships.

Pirates raided merchant ships and stole everything they could. Some ships employed their own guards to protect themselves. However, these guards were no match for bloodthirsty pirates.

There was also a different type of pirates during this time. They were known as “corsairs”. Corsairs were lawful privates with legal papers given by their government. They were permitted to attack and rob the ships of their enemy countries.The loot taken was divided between the corsairs and the government they worked for!

Pirates were usually men. It was believed that having women on board their pirate ships brought bad luck. Despite that, there were a handful of women who became pirates and they were extremely powerful and as fearsome as the men pirates.

Ching Shih was one of the most famous female pirates in history. She married a very powerful corsair by the name of Cheng I in 1801. Together, they raised a very powerful and formidable pirate army in China’s seas. They had hundreds of ships and more than 50,000 men! Not only did they rob their enemy’s ships, they even robbed fishermen and junk boats which sold food supplies. They also attacked coastal villages along southern China.

When Ching Shih’s husband died in 1807, she made sure she remained in power by becoming partners with her stepson Chang Pao. She was very cruel in dealing with her men. Those who went against Ching Shih were beheaded on the spot. Deserters had their ears chopped off.

At the height of her pirate career, she commanded 1,500 ships and 80,000 pirates! She was such a powerful pirate that even the British, Chinese and Portuguese navies could not defeat her. In the end, she made a deal with China – in exchange for giving up her fleet and piracy, she could keep all of her wealth. She then retired from piracy and opened a gambling house until 1844 when she died at the age of 69.

On the other side of the world, Mary Read and Anne Bonny were both notorious female pirates who knew no fear. Both of them dressed up as boys at a very young age. They both met on Calico Jack’s ship and became friends when they found out that they were both women but secretly dressed as men! They could fight just as well as Calico Jack’s best male fighters. Both were courageous and very fierce to the point that many male pirates were afraid to fight with them. Sadly, Calico Jack’s ship was captured by pirate hunters. Calico Jack and his men were executed but Mary Read and Anne Bonny were spared.

peak – highest or strongest point
merchant – business person
loot – stolen goods or things
formidable – a person or thing that is very large and powerful
deserters – people who run away without permission.
fleet – a group of ships
notorious – famous for something bad
Click here to download the Activity Sheet
241
Share: