Farmer Mot and The Dragon 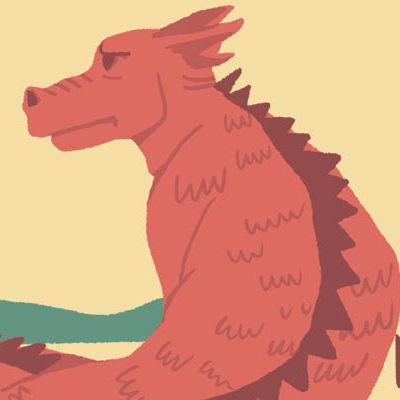 There once was a farmer named Mot who lived in a kingdom ruled by a lazy king. The king and his men were not very helpful to the people of the kingdom. In fact, they never left the castle. Despite that, the people outside still lived their lives as best as they could. Sometimes they would even forget that they had a king because nothing bad ever happened in the kingdom.

One day, a dragon happened to fly into the land. Now, dragons were ferocious beasts that terrified and attacked villagers, but this one was rather old and short-sighted. It was quite late at night and the dragon had been rushing back to his cave. It was a moonless night and very dark. The dragon had trouble finding his way. It flew in the direction of Mot’s village and landed in the middle of the field where cows were fast asleep.

The animals were terrified, and began mooing in panic. The dragon too was surprised and began to swing its tail around in panic. It thought it was under attack!

Unintentionally, its large tail hit one of the cows. The poor cow flew high up in the air and landed right onto the farmer’s house. Mot’s wife gave a startled yelp when they heard the loud crash in their kitchen. Both farmer and wife were terrified. They wondered what could have caused such a loud crash.

Slowly, the farmer tiptoed into the kitchen and was surprised to see one of his cows there. Luckily the animal was not injured. It was only dazed and got up shakily to its feet.