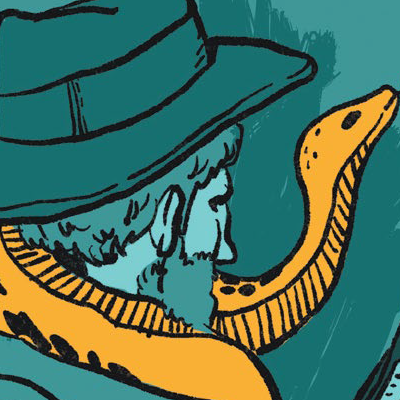 It was supposed to be a simple case. The body of a young woman was found in the bushes. She had been strangled to death. However, the marks around her neck were very strange. Some of the people in the village said that they were made by a wild python snake. A hunter who lived in the village making snakeskin belts also said it was the work of a python.

Police officer Kay was not sure about that. So she sent the body over to her friend, the famous doctor Elle Yap, to get answers.

It was almost midnight when she got a call from Doctor Elle. She sounded excited.

Officer Kay went back to the police station. Everyone had gone home. Only the officers working at the guardhouse for night calls were there. The officer at the guard house just waved lazily to her. He was playing with his smartphone.

She walked from the station to Dr Elle’s office. Everyone had left before dark. Nobody wanted to stay there after dark. It was a huge and old building. It looked like part of an old university.

The building was always cold. They had the air conditioning switched on, all day and all night. Kay guessed that it was to help keep the bodies from turning bad.