6 Extremely Interesting Bridges in the World 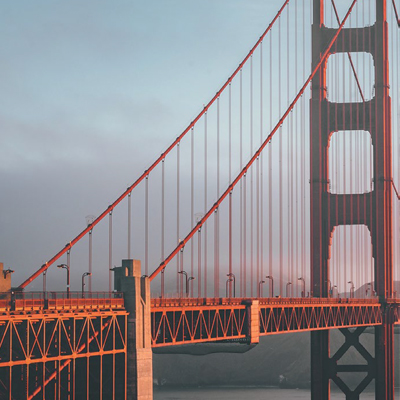 While there have been many articles written about the Seven Wonders of the World, not many realise that there are other beautiful man-made structures that deserve the spotlight too. How often do we notice the elegance of the bridges that we use to cross over from one place to the next? Well, get ready, as this article will list down the six “most” interesting bridges as decided by the author!

If you are a movie-goer, you would have noticed that there are quite a number of bridges that seem to always be in movies. One of the most prominent of the lot is the Golden Gate Bridge, San Francisco. One too many times this bridge has been featured in the background of various Hollywood movies, even if it is not an important part of the movie. “Rise of the Planet of the Apes” dedicated a significant amount of movie time for the scene at this very bridge! This suspension bridge has also been declared one of the Wonders of the Modern World by the American Society of Civil Engineers.

While the Golden Gate Bridge was the longest and tallest suspension bridge when it first opened, that title has been snatched away by the Akashi-Kaikyo Bridge in Japan in 1998. Interestingly, this bridge was never part of Japan’s plan because the mode of transport from Kobe to Iwaya has always been the ferry. However, in 1955, two ferries sank and 168 people were killed. The incident instigated the construction of this bridge. When the Great Hanshin earthquake happened in 1995 while the construction of the two towers were ongoing, the impact of the earthquake was so great that it had moved the two towers in place further apart. As such, there was an unplanned increase of three feet between those very two towers!

If you are someone who doesn’t mind a bit of danger then perhaps the Hussaini Hanging Bridge, Pakistan may be of interest to you. One look and you can see why it is called the most dangerous bridge in the world. Why? Well, for starters, the bridge is loosely tied from one end to another end with a thin rope and when we say “thin”, we mean really thin. Another fun fact is that most of the boardwalk is broken or not there anymore, which makes crossing the bridge so dangerous. However, for some of the locals, this is the only way to reach the bigger cities of Northern Pakistan. Every now and then, a rumour will go around that it has been washed away in a storm.